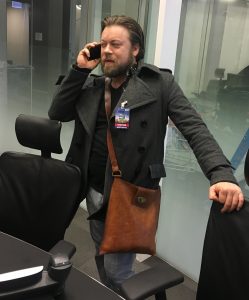 Wayne Bryant is a super-versatile illustrator/designer/artist who’s proficient in most visual mediums, including television, advertising, film and books. His style ranges from realistic to cartoonish, from serious to humorous, from fine art to windswept. He’s created 3D and 2D animations and loves the latest technology, but also maintains his traditional skills. He lives in Melbourne with his wife, two children and pet dog.

And he did all the illustrations and design in these little crackers.